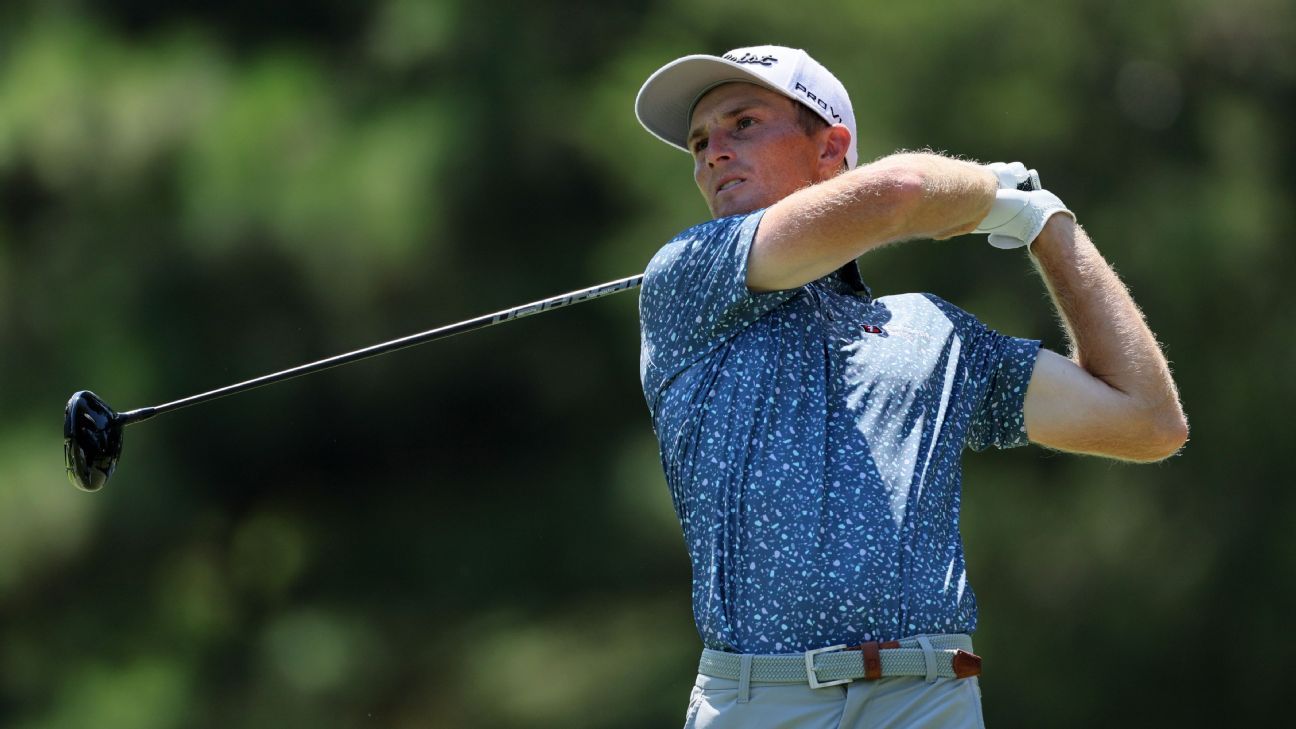 The FedEx Cup Playoffs continue this week with the 2022 BMW Championship from Wilmington Country Club in Delaware. The star-studded field will feature some of the best golfers in the world as they attempt to make the cut for the Tour Championship next week and win the Fed Ex Cup title.

Will Zalatoris sits in the No. 1 spot in the standings after winning the Fed Ex St. Jude Championship last week. However he enters this week’s event with 14-1 odds to win. Rory McIlroy (10-1), Jon Rahm (12-1), Scottie Scheffler (12-1) all have shorter odds than Zalatoris to win this week.

Which golfers offer the best value at the BMW Championship? And which props are worthwhile?

Schauffele’s streak of eight consecutive top-20 finishes came to an end last week. In retrospect, he didn’t have great numbers, but we were in auto-bet form at that point. With no course history to go off of, I am staying on the ship and predicting a good week for Schauffele. If anything, we are getting better numbers this week due to his poor performance. He’s been a playoff machine in the final two events of the PGA Tour throughout his career. He has nine top-25 finishes in 10 appearances. Wilmington CC is a long course with small fairways, rough, long par 3s and 5s and large greens. A lot of approaches will come from various spots with a mix of long and short holes. Schauffele ranks 16th in shots gained on approach and in the top 10 in approaches from 200-225 yards, which we will see plenty of this week. He’s also 12th in greens in regulation, 12th in SG: Tee-to-Green and eighth in shots gained overall. He will begin his run to the Fed Ex Cup title this week.

I still think something is slightly off with Thomas as he has not played like himself since winning the PGA Championship. Before Sunday, he had missed two cuts, pulled out of the Travelers and then finished outside the top 35 at the U.S. Open and Open Championship. However, he did have a strong week in Memphis with a 67-67 start and 66 Sunday after a poor Saturday cost him a chance to contend. He’s a big event player as he’s won two majors and two WGC events (1 here), the PLAYERS Championship and took the FedEx Cup title in 2017. He’s consistently been one of the playoff golfers with 17 top-20 finishes, two wins and a runner-up. We have no course history to handicap this week, but Thomas is the one only in the field to actually have played a competitive round here, although it was an amateur team event nine years ago. He ranks top 5 in approach, tee-to-green, and shots gained total, while being 14th in driving distance, which should play a part in this long course. If he brings the game we saw this past Sunday, Thomas might just win another playoff event.

Marks: Rahm had a slow start to the year but has turned it on as of late. He won the Mexico Open, finished fifth at the Fed Ex St. Jude Championship last week, and was first in greens in regulation and scrambling. Rahm has the distance and accuracy to put up good scores this week and lots of motivation here to jump back to the best in the world.

Collins: Normally I don’t like going “chalk” and taking one of the favorites but last week Rahm had one weakness… putting. This week on different greens, that won’t be an issue.

Every player I’ve spoken to about this golf course has talked about the length. Clark has more than 20 rounds than anyone and ranks in the top 5 in driving distance and 20th in strokes gained putting. If his putter gets warm… he could cash a big paycheck.

If Sepp Straka can get into a playoff after missing 6 straight cuts, then Christiaan can win after finishing T-47 at Wyndham and T-64 last week in Memphis.

Morikawa is another golfer that has struggled this season, but has turned it on as of late, finishing in the top 5 last week. He performs well on courses where previous knowledge is not required. Morikawa ranks third in shots gained on approach and the large greens will play to his strength this week.

Zalatoris finally closed out a PGA Tour event and claimed his first title this past weekend It’s only his second season on tour, so it’s not like he had this drought long, it’s just been so close so many times. He could easily win another one this week as we have seen other playoff winners, but who knows how big his victory lap will be. There’s no cut this week, so even if the victory lap impacts him on Thursday, he will have all four rounds to catch up. It’s hard to measure motivation, but he has that first win and is comfortably into next week’s Tour Championship field. His talent and metrics (first on approach, second tee-to-green, fifth total, eighth greens in regulation) make him a good fit for a course with no PGA history, so he should cash a top-10 either way.

Bearman: You cannot ignore someone who had 11 consecutive rounds at 68 or lower before a 69 ended the streak and pushed him out of contention. He missed with another 68 and another T5, which was his third in a row and fifth in his last eight events. He can get the ball out there on this long course (49th in driving distance) and is fifth in hitting greens, sixth tee-to-green and eighth on approach. Another top-10 will set him up nicely for next week’s Tour Championship run.

Marks: You have to love Finau’s game as of late. He has two wins (3M & Rocket Mortgage), and a T5 last week in Memphis. Finau’s game typically heats up towards the end of the season, and we are all witnesses. His driver will be a weapon this week, and his flat stick has never been hotter.

During BMW week, I always look for someone close to that top-30 line that is playing well and can sneak into the final event with a great week. Enter Glover, who entered last week barely in the field at 121st and a long shot away from making the top-70 for this week. Well, a T3 finish in Memphis did the trick. We aren’t going to sell you on his metrics or form before Memphis, but he has a power game that should translate to this course and has a top-30 paycheck to try and get.

I am sure Young would love to follow his former college teammate’s win with a win of his own. After finishing runner-up five times this season now is the time. Wilmington CC is a great track for Young. He will grip it and rip it on a New England course that will feel like home for him.

Wise is striking the ball extremely well as of late, and finished 13th on approach last week in Memphis. I expect him to pick up where he left off last week and putt well on bentgrass.

Mansell extends to four-shot lead at St. Andrews
The story of how this pro earned a sponsor’s exemption into last year’s Shriners is the most Vegas thing you’ll ever hear
Here’s the prize money payout for each golfer at the 2022 Sanderson Farms Championship
LIV won’t get points ruling before next 2 events
‘S*** happens’: LPGA pro has a very chill response after equipment rules snafu leads to unfortunate DQ