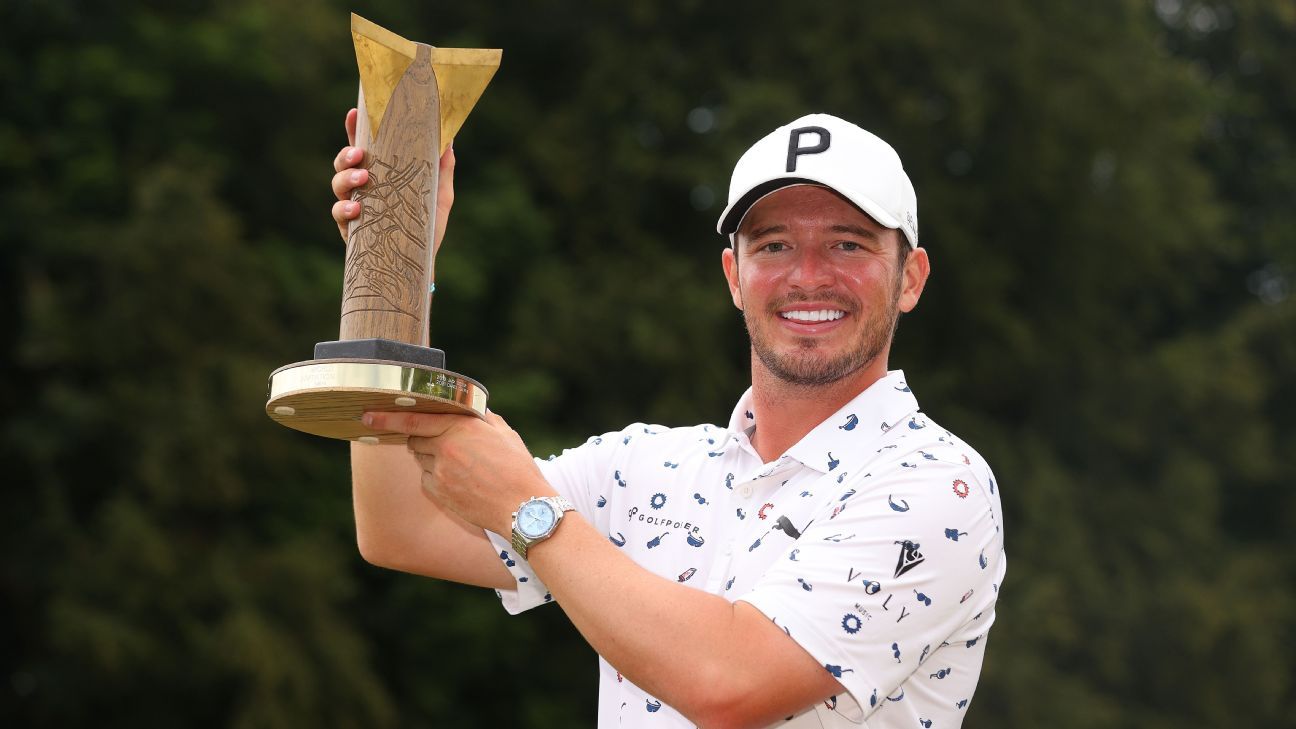 BALLYMENA, Northern Ireland — Ewen Ferguson of Scotland captured the second title of his rookie season on the European tour by winning the ISPS Handa World Invitational by three shots on Sunday.

Ferguson closed with a 1-under 69 to complete a wire-to-wire victory at Galgorm Castle, adding to his win at the Qatar Masters in March. He finished 12 under for the tournament.

Connor Syme and Borja Virto were tied for second place after closing rounds of 68.

The 26-year-old Ferguson took a three-shot lead into the final round but was reeled in by England’s Richard Mansell, who covered his first 10 holes in 5 under to tie for the lead.

Ferguson responded with his third birdie of the day at No. 10 and parred his way home, while Mansell dropped shots on three of the last four holes.

Virto closed within a shot thanks to five birdies in seven holes around the turn but a bogey at No. 14 all but ended his title challenge.

“It feels unbelievable, just can’t believe how calm I was out there,” the No. 211-ranked Ferguson said.

Ferguson said he banned his mother and father from coming to watch because the last tournament they attended “didn’t go so well.”

“My dad’s probably at the club buying the full club drinks,” he said. “My whole family’s life revolves around me playing golf. Their happiness seems like it’s all about me and my golf. It’s been a good year and obviously you get times where it doesn’t go so well so I think you really need to appreciate times when you’re picking up trophies.”

In the women’s event, played on the same courses from different tees, Maja Stark of Sweden won for her third victory this year on the Ladies European Tour. With the tournament co-sanctioned with the LPGA Tour, Stark gained access to join the LPGA.

Countdown to The Open: Tiger Woods
Judge rules LIV Golf, DeChambeau and others must disclose pre-lawsuit communications log in antitrust case
Golf is Hard “Is He Even a Pro”
Korn Ferry sets ’23 schedule, new closing format
Hull with 8 birdies posts 64 to take lead in Texas