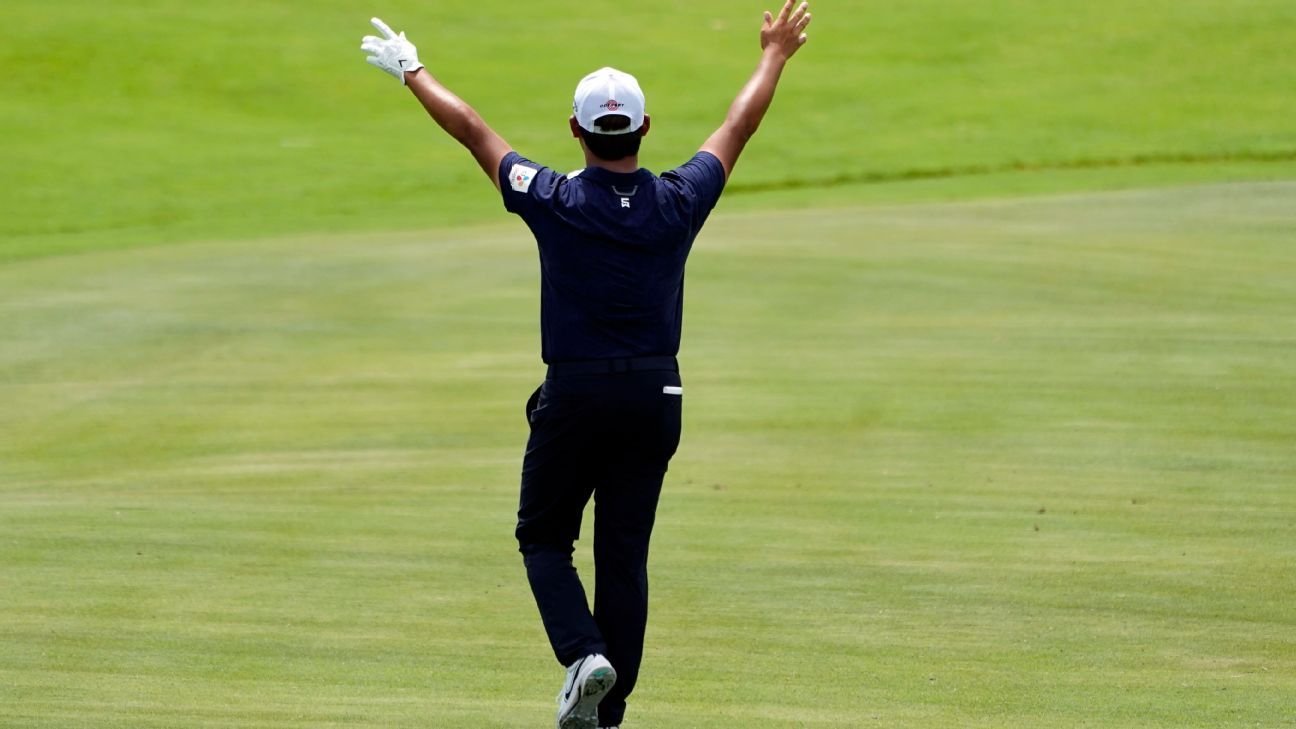 Si Woo Kim holed out from 167 yards in the 18th fairway for eagle to cap off a superb finish of 6-under par on his last six holes, giving him a 62 and an early share of the lead at the FedEx St. Jude Championship with J.J. Spaun on Thursday.

Kim and Spaun, who had eight birdies in such a clean round he couldn’t even think of which shot was the best, are both assured of playing next week. Spaun began the postseason at No. 25 on the strength of his first PGA Tour title at the Valero Texas Open.

That win sent him immediately to Augusta National for the Masters, such a quick turnaround that he didn’t get a chance to soak up the experience. He tied for 23rd and would like nothing better to return. Making it to the FedEx Cup finale is likely to do the trick.

“It will be nice to punch another ticket there and be able to plan it out and get down Sunday, maybe even Saturday the week before, take my time and enjoy all the little things that come along with that great tradition,” Spaun said. “Hopefully keep playing well this week and the next couple weeks, and I’ll be there.”

Tony Finau, coming off two straight victories, and J.T. Poston were at 64. The group at 65 included Sam Burns, who is the No. 3 seed, and Ryan Palmer and Lucas Glover, who are among those near the bottom who need a big week to keep playing.

Scottie Scheffler has the luxury of a slow start as No. 1 in the world and in the FedEx Cup, and that’s a good thing. The Masters champion had a frustrating day of a few odd bounces and a lot of missed chances on the green for a 71.

Top 10: Players to Watch on the PGA TOUR in 2012
Hull with 8 birdies posts 64 to take lead in Texas
Golf is Hard “Is He Even a Pro”
Grant Moir speaks about the fairways at Royal Lytham & St Annes
Johnson: Tiger to have role on Ryder Cup team