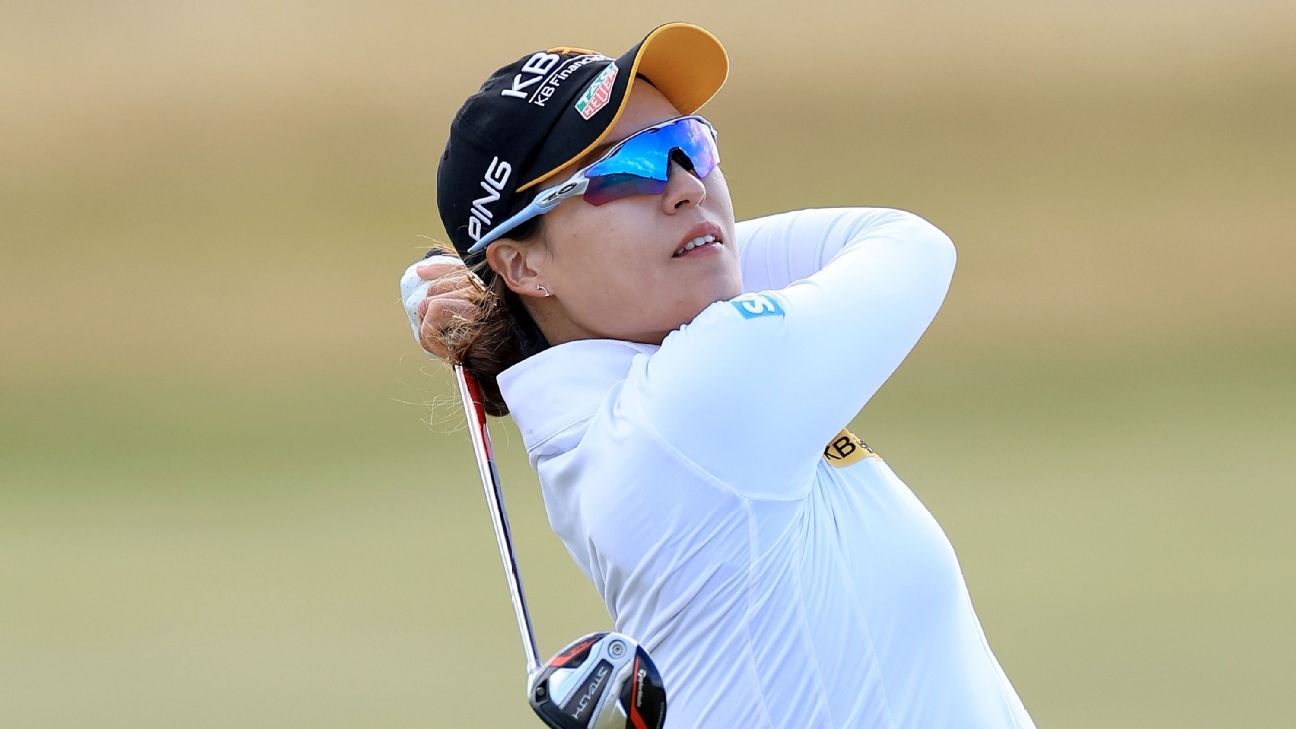 MUIRFIELD, Scotland — In Gee Chun is making another strong run at a major.

The South Korean golfer took the halfway lead at the Women’s Open after a 5-under 66 in the second round on Friday, putting her in position to challenge for a second major title of the year, and fourth overall.

Chun had an 8-under total of 134, putting her one shot ahead of South Africa’s Ashleigh Buhai and Sweden’s Madelene Sagstrom, who both shot 65.

Seven-time major winner Inbee Park, also of South Korea, was a shot further back after a 67.

Chun, who won the Women’s PGA Championship at Congressional in June despite consecutive weekend rounds of 75, carded six birdies and a solitary bogey in her round at Muirfield.

Sunday’s winner will earn more than $1 million but Chun said she was also motivated by a slightly smaller cash prize on offer.

“Before the start of the tournament my caddie Dean and I talked about the course and after that we had a little bit of betting,” Chun said. “If I make a bogey-free round he’s said he’s going to buy me dinner and pay me 100 dollars each day. So before each round it’s like setting another goal. That mindset helped a lot on the course. I had two bogeys over the last two days but I want to keep trying to make a bogey-free round.”

Of Chun’s four LPGA Tour victories, three have come at majors, including the 2016 Evian Championship and 2015 U.S. Women’s Open.

On Friday, she even got some help from one of the gusts of wind that make Scottish links golf so tricky.

Buhai looked on course to claim the halfway lead when she made an eagle and four birdies to race to the turn in 30, but after picking up another shot on the 11th she could not make any further gains and dropped her only shot of the day on the last.

Overnight leader Hinako Shibuno followed her opening 65 with a 73 to fall four shots off the pace.

Jessica Korda, who was second after the first round, settled for a 74 and was in a tie for 17th.

Four-time major winner Laura Davies, making her 42nd appearance at the event at the age of 58, missed the cut after an 81 which included a 10 on the 18th.

Close your eyes to improve your PUTTING
I thought I was dying. How golf kept me going
Smith storms home for third Aust PGA title
I bought Amazon’s BEST SELLING DRIVER so you don’t have to!
Francesco Molinari | 5 Of The Best | 150th Open Championship