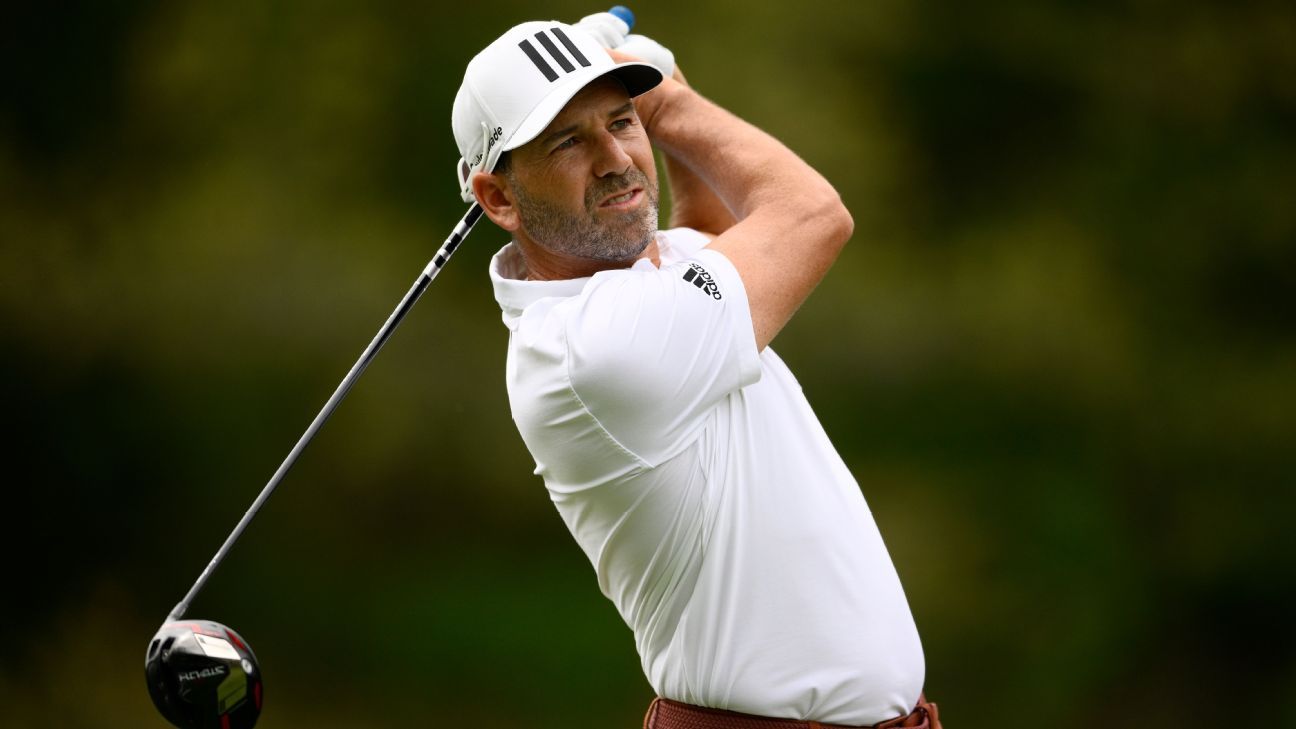 Sergio Garcia‘s frustration over a ruling on a lost ball in the first round of the Wells Fargo Championship on Thursday might have caused him to reveal where he’s soon headed.

After driving his tee shot on the 10th hole into a hazard at TPC Potomac in Potomac, Maryland, Garcia became frustrated with a PGA Tour rules official, who assessed him a penalty for taking too much time while trying to find his ball. Players are allotted three minutes to find lost balls once they arrive at the vicinity of where it landed. Garcia argued that he hadn’t yet started searching until he crossed a river.

After losing the argument, Garcia, from Spain, waved his hand in disgust and said, “I can’t wait to leave this tour. … I can’t wait to get out of here, my friend.”

After walking through the waist-high grass a little longer, Garcia said, “A couple of more weeks, I don’t have to deal with you anymore.”

Garcia, 42, is one of a handful of international players who have been linked to the Saudi Arabian-backed LIV Golf Invitational Series, which is being fronted by Greg Norman, a two-time winner of The Open.

The first LIV Golf Invitational event is scheduled June 9-11 at the Centurion Club, outside of London.

Garcia, who has won 11 times on the PGA Tour and captured his only major championship victory at the 2017 Masters, hasn’t confirmed whether he has asked the PGA Tour for a release to compete in the London event. He has made more than $54 million on tour.

Garcia declined to talk with reporters after shooting 3-under 67 in the first round on Thursday.

On Wednesday, Englishman Lee Westwood confirmed to Sky Sports that he has asked the PGA Tour and DP World Tour for releases to compete in London. Six-time major championship Phil Mickelson and Robert Garrigus also have confirmed asking for a release from the PGA Tour.