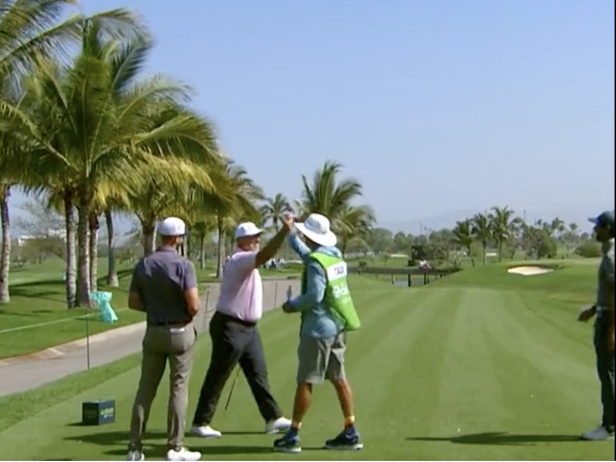 Give Vidanta Vallarta this: the course is providing fireworks.

The site of this week’s Mexico Open has surrendered two early aces in Round 1 in its PGA Tour debut. The first came from the very first group of the day thanks to Kiradech Aphibarnrat. The man affectionately known as “Barn Rat” was three over through his first four holes but turned his day around with vigor thanks to an ace at the 188-yard par-3 fifth.

According to the PGA Tour’s communication staff Aphibarnrat used a 5-iron for his first career 1 on tour.

For those scoring at home that would be two holes-in-one from the first 39 players to ever play the hole in competition.

Perhaps it’s not too surprising; courses being played for the first time tend to err on the side of being too gettable. Conversely, the tour’s communication staff says this is just the fourth time on record that multiple holes-in-one have been made on the same hole in the same round of a stroke-play event on tour, with the last occurrence coming at the 2016 Masters at the 16th hole in the final round.