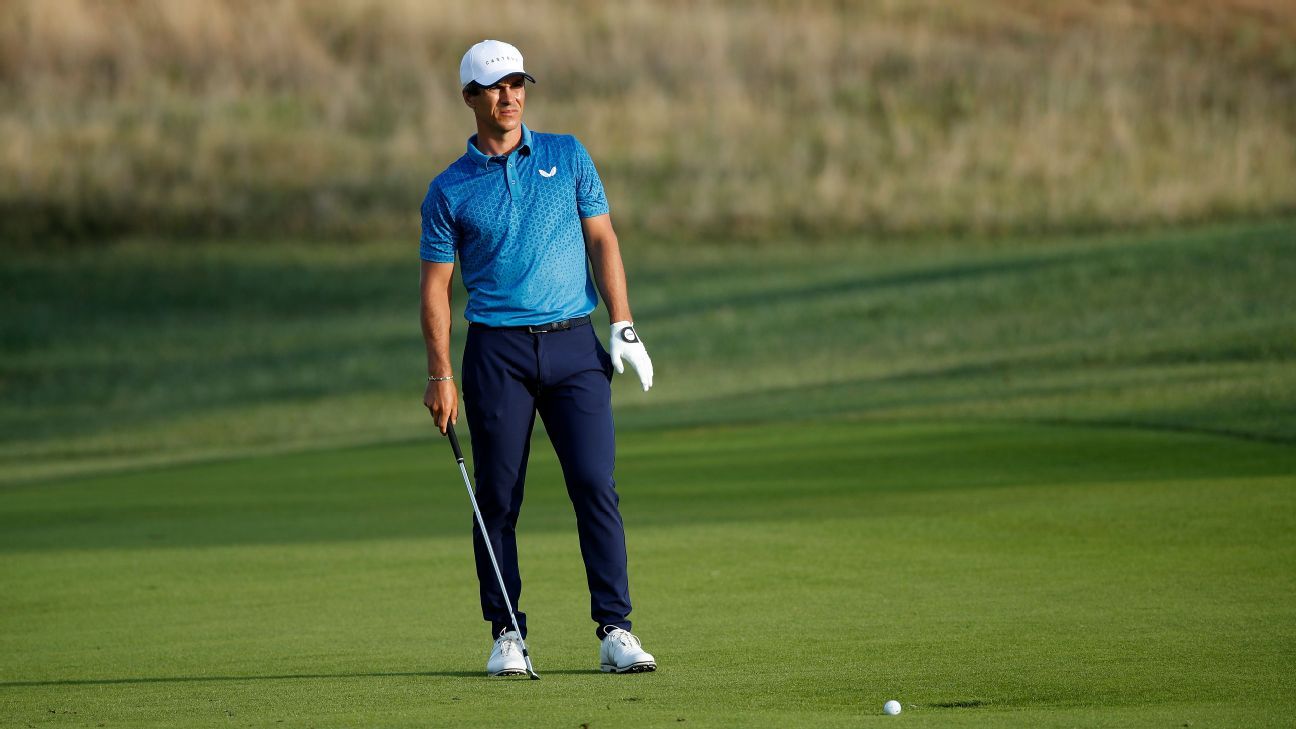 Danish golfer Thorbjorn Olesen grabbed a woman’s breast and urinated on a first class seat after taking alcohol and sleeping pills on a British Airways flight from the United States to London in 2019, a court heard on Monday.

The Ryder Cup winner denies charges of sexual assault, assault by beating and being drunk on an aircraft.

British media reporting the start of his trial said the court heard how the Dane, now 31, allegedly pushed a cabin crew member during the July 29 flight from Nashville to London’s Heathrow airport.

Olesen, a five times European Tour winner, said he had no recollection of his behaviour on the flight he boarded after competing in the World Golf Championships-FedEx St Jude invitational in Memphis.

British golfers Justin Rose and Ian Poulter were also on board.

Cabin crew member Sarah White said, in a statement read in court, that Olesen pushed her on the shoulder when she helped him back to his seat after he struggled to leave a toilet.

“During the flight Mr. Olesen assaulted me and failed to listen to my instructions,” she said. “Through my 27 years of service, I have never come across such bad behaviour on board a flight.”

A woman, who cannnot be identified because she is an alleged victim of a sex offence, said in a statement Olesen grabbed her hand and began kissing it.

“He had his right hand around my back. He then grabbed my breast and moved his hand over my right breast. I felt shocked,” the BBC quoted her as saying.

Back in his seat, Olesen woke up and urinated on another passenger’s seat and aisle.

He was arrested on arrival and told police he had taken sleeping pills and five or six drinks to “knock himself out.”

Poulter said he helped take Olesen back to his seat.

“He looked a little bit worse for wear and I just assumed he had too much to drink,” he added in a statement.

The trial at at Aldersgate House Crown Court continues.