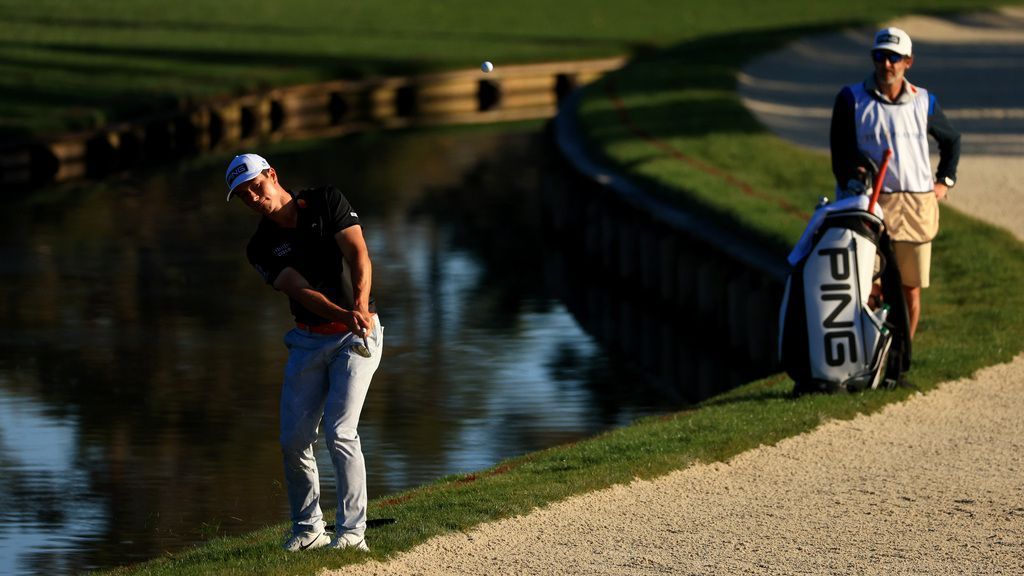 PONTE VEDRA BEACH, Fla. — Viktor Hovland opened with an eventful 72 at The Players Championship on Thursday that involved rulings on a pair of double bogeys.

Hovland hit into the water with his second shot on the par-5 11th that he saw land in the grass and bounce to the right into the hazard. He wanted to be sure, but it’s such a small area that he decided to call in the rules official.

They looked at video, most likely the camera behind the green, and footage appeared to show it hit the wood plank before going into the water. The wood is beyond the hazard line.

“I was 100% confident it did not hit the wood, but in that situation, you have to be 100% certain, and when he said that video footage was not 100% decisive, then I didn’t really have much more of a say,” Hovland said.

He was prepared to drop behind the water, instead of next to where the ball bounced into the water, when a crew from PGA Tour Live confirmed it landed in the grass before the water. He was able to drop 50 yards from the hole.

“It didn’t really help me out because I ended up hitting it over the green,” Hovland said.

The other double bogey was a result of his own memory — and honesty.

He had chipped up to 4 feet on the 15th hole, marked his ball and then moved the marker a putter length away to get out of the line of Justin Thomas. When he returned the mark, Hovland measured the putter length the wrong direction — even farther from his original spot.

Only after the round did he realize his mistake and notify rules officials. He was docked a 2-shot penalty for playing from the wrong spot, turning his 70 into a 72.