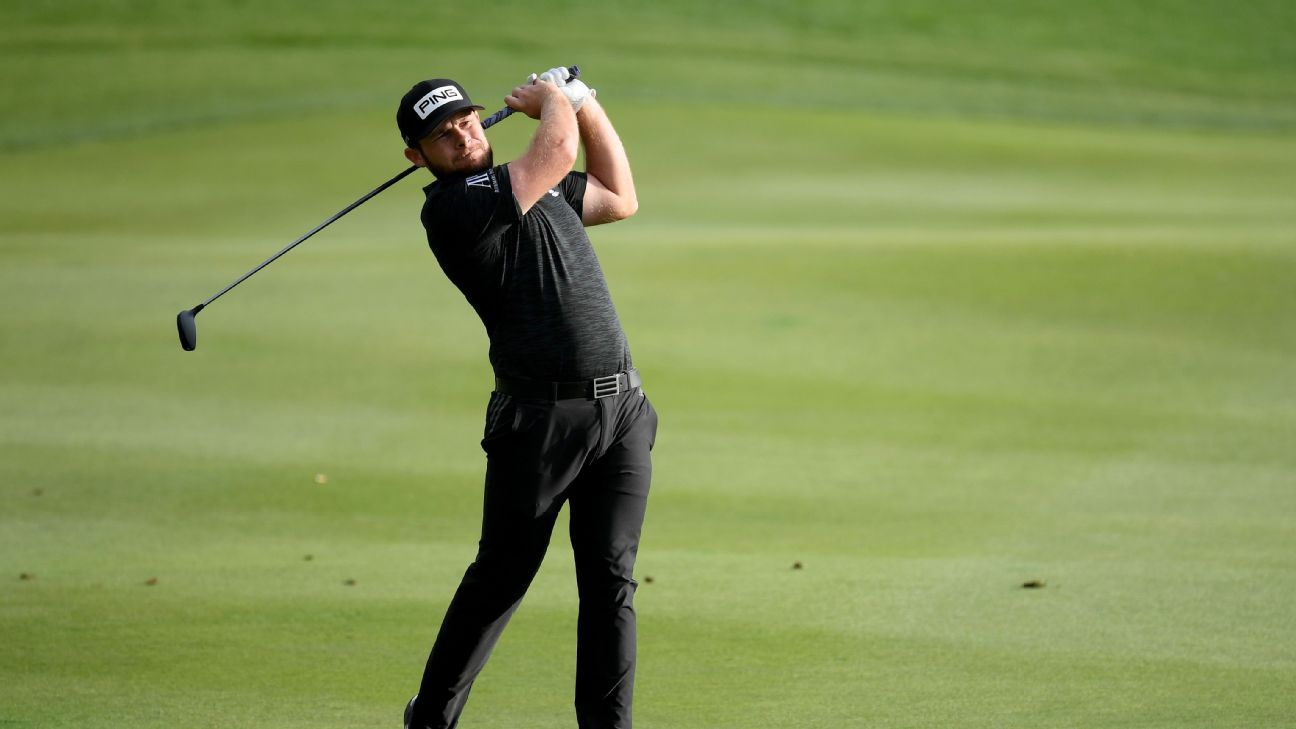 England’s Tyrrell Hatton put on a show in the second round of the Abu Dhabi HSBC Championship, going 12-under overall after 13 holes to take a five-shot lead before fading light stopped play on Friday.

Hatton, who was one shot behind overnight leader Rory McIlroy, carded an eagle on the par five second and had four birdies in a row from the seventh after a bogey on the third.

The world No. 9 recorded two eagles in the first round and became the first player since McIlroy to card three at the event since the Irishman achieved the feat in 2011.

“I’m obviously in a great position at the moment. It was certainly tough out there, so I’m really happy to be five under,” Hatton said.

“I held some nice putts and there were a couple of par putts towards the end of my round. [It was] nice to hold them and keep a bit of momentum going.”

Four other players were tied for second, including McIlroy and Frenchman Romain Langasque — who are both yet to finish their rounds — as well as early clubhouse leaders Thailand’s Jazz Janewattananond and Australian Jason Scrivener.

McIlroy, who carded an error-free 64 on Thursday, lost his lead having recorded three bogeys and a double-bogey on the fifth after 13 holes.

Hatton will have to play 23 holes on Saturday but the Englishman was unperturbed by the prospect.