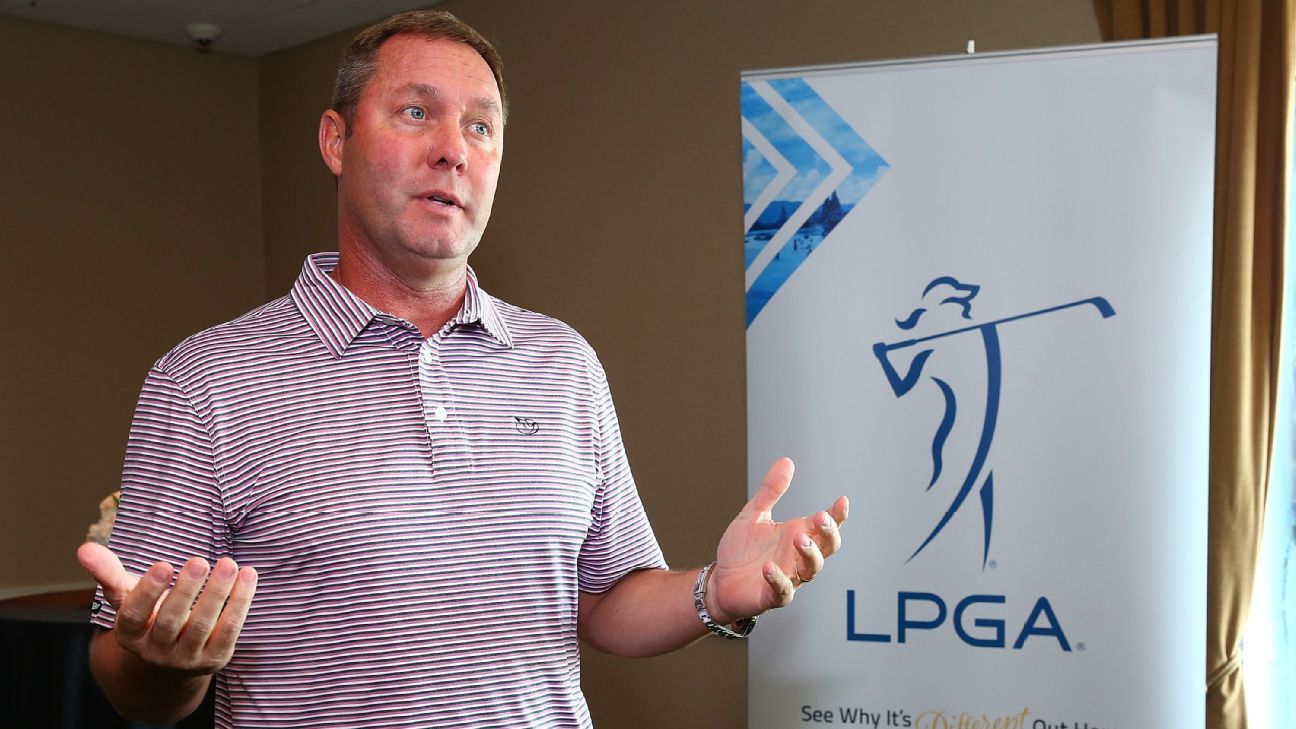 Mike Whan, who took over the LPGA Tour during a tumultuous time in its his history more than 10 years ago, announced Wednesday that he will step down as commissioner sometime in 2021.

Whan, 55, notified the LPGA board of directors that he will transition out of the role this year, with no firm date for his departure, allowing the tour to go through a process of finding his replacement.

“As the longest-serving LPGA commissioner, I look back on these 11 years with enormous pride and satisfaction at what we’ve accomplished together to provide opportunities for women to achieve their dreams in golf,” Whan said in a letter to LPGA staff, members and sponsors.

“You may be wondering why I’ve made the decision to step down — and why now? In many ways, this past year — with all the pandemic challenges — was also the LPGA’s most triumphant. We are entering 2021 on a wave of momentum — a strong schedule with record purses, new events/sponsors, double-digit viewership growth, and a talented team that demonstrated exceptional skill, resilience and capacity to lead through troubling times.

“I simply wouldn’t leave the LPGA if I thought the future was uncertain or not trending straight up. In fact, even after the challenges we faced in 2020, the LPGA has NEVER been more financially secure, deeper in leadership talent, or more anchored by passionate, diverse sponsors around the world.”

Whan, who is the tour’s eighth commissioner, took over in 2010 after previously working at Wilson Sporting Goods, at TaylorMade Golf and for a hockey equipment company. He didn’t take the traditional path to the job, but the LPGA was in flux after sponsor difficulties arose with his predecessor, Carolyn Bivens.

Whan immediately began the process of trying to build the schedule, increase purses and get the tour more exposure. The LPGA is scheduled to have 34 events in 2021, with more than $76 million in prize money. The LPGA Tour had just 24 events when Whan took over in 2010.

“Mike has absolutely been the right leader at the right time,” Vicki Goetze-Ackerman, the LPGA Tour’s player president, said in a statement released by the tour. “He rebuilt the Tour — and then reimagined its future — by bringing new events, new sponsors and a new value proposition around diversity and inclusion to the LPGA. He has that rare ability to get people of all ages and backgrounds excited and on board with his vision.

“We’re grateful for his leadership over these 11 years and know he’ll remain an advocate for the LPGA long after he departs.”

The LPGA said it would form a selection and transition committee.

The Golf Swing 95% of Amateurs have NEVER SEEN!
Behind the Scenes – Titleist Golf Ball Plant Tour – Quality Assurance
The biggest takeaways from the LIV golfers’ eye-opening lawsuit against the PGA Tour
Gary Player calls out son Marc on social media for trying to auction memorabilia without consent
Can I SURVIVE 100 HOLES of golf in a row?!